What We Learned Over Prime Day 2021 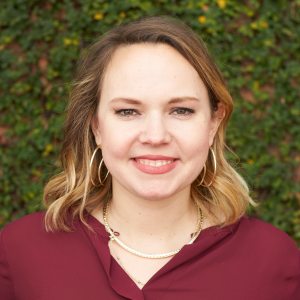 For Thrasio and other big Amazon sellers, Prime Day isn’t just about a two-day sale in the summer. It’s a dress rehearsal for Q4 holiday sales. We use this event to gauge how well our products sell in various deals, promotions, and discounts—and we also use it as a test run for our ever-growing operations and brand management teams.

For almost every Amazon seller, Prime Day generates the most traffic they’ll see all year, second to Turkey Five. It’s essential to have your head in the game, tighten up your listings and your inventory capacity, and do everything you can to increase your sales velocity leveraging those sales so you can carry the momentum over into Q4.

Prime Day may be over, but the lessons we learned will stay with us for the second half of the year.

Each Thrasio Brand Manager worked closely with demand planners and supply chain for months on forecasting and detailed inventory strategies. Getting enough inventory is crucial to Prime Day’s success, and the recent warehouse restrictions have made it even more challenging, so the pressure was on.

In some cases, we had to closely monitor and manage deal max quantities to ensure enough inventory would be available for customers during and after the deal.

Lightning Deals and Deals of the Day are the premier way an FBA seller can win on Prime Day, so scheduling as many deals as possible is always the core of a big traffic day. But again, a successful Prime Day business strategy is about long-term growth. There’s more to gain than raking in the revenue for a set period.

For example: If one of our products ranked #100 in its category, we might see it shoot up to, say, the #5 spot after a successful Prime Day Deal. From there, we move fast to maintain competitive pricing and ensure marketing efforts keep sales velocity high, which in turn maintains and often improves rank even more.

You may think Prime Day is a time to put your D2C efforts aside, but we’re taking advantage of the movement altogether.

Think of your hero products. You can run an aggressive Deal of the Day (DOTD) for your top ASINs, and then follow up by running a promotion on your D2C site matching the DOTD price to sustain sales outside of Amazon.

As Amazon Prime membership grows, these formerly specific-to-Amazon sales events became part of the general shopping culture. As expected, we saw more and more retailers jump on the sales event bandwagon to compete. You definitely don’t want to be left standing on the sidelines.

Boots on the Ground

Prime Day is an all-hands-on-deck scenario. While Thrashers (Thrasio employees) can work remotely, we set up “war rooms” in our New York, Boston, and Houston offices. We kicked off Monday and Tuesday mornings with 20-minute Zoom pep rallies going over our bigger goals and overall revenue projections.

Alongside each war room, we opened 24-hour Zoom rooms where remote employees could pop in to ask any questions. The goal was to make sure there were zero barriers to communication should something need immediate attention.

In each war room, we:

My grandfather has a saying that I always keep in mind when coming up on a big project or event: “You can’t make nor spend more than $10,000 without something going wrong.”

What Thrasher’s faced during Prime Day:

What We Didn’t Do

We didn’t try to fix what wasn’t broken

We put a moratorium on making any changes to our listings in the week leading up to Prime Day. We wanted to decrease our risk of suspension as much as possible, so creative updates, SEO updates, and pricing changes were put on hold.

We didn’t deal ourselves to death

It’s easy to get a sort of “deals fever” during a big ecommerce event like this. But as a business owner, you still need to ask yourself what you’re gaining from running a deal or promotion. If you already have the Best Seller Badge, what are you going to achieve from a deal?

If deal campaigns fit into your long-term goals, run with them. But don’t fall prey to the hype by disregarding profitability just for the sake of running a deal.

Costs are going up, and shipping has been tricky for over a year now—it may not make sense to put pressure on your inventory right now.

We didn’t blow our margins

We kept running PPC at the same level for ASINs with healthy profit margins before and after Prime Day. However, for ASINS with higher COGS, we turned down our PPC ad spend during Prime Day to preserve profitability while running other deals and coupons.

Christmas In July: What this means for Q4

Amazon reported this year was “the biggest two-day period ever for Amazon’s third-party sellers.” We definitely felt the bump with 60% Prime Day revenue growth YOY.

It looks like our forecasting formulas work pretty well, but there’s certainly room for improvement. In one leading brand, we sold 600% more than originally projected.

As far as Q4 goes, we feel confident we’ve got a solid foundation. However, we never stop experimenting. To learn more, be sure to tune into our weekly live show, Private Label Live,  to stay up-to-date on our strategic initiatives going into the holidays.